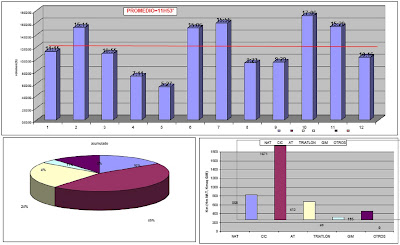 Abril ya empieza a picar sin haber empezado, a destacar: 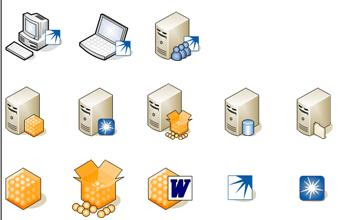 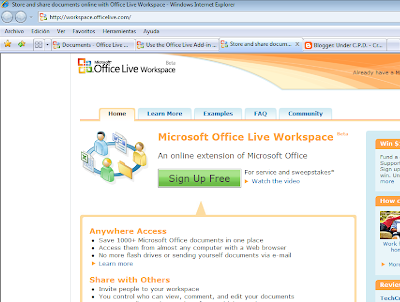 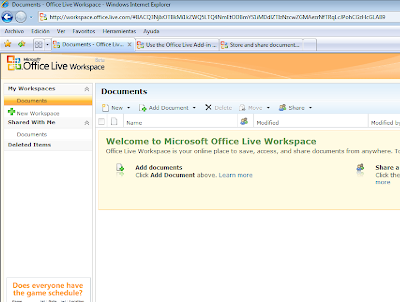 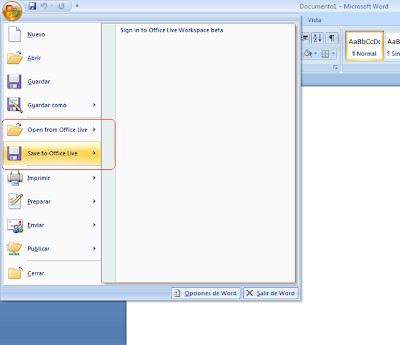 1. In a clean WHS environment (no SBS, etc.), how is name resolution amongst workstations and server handled? Any performance issues?
Ø KW: UPnP for discovery, NetBIOS for most name resolution.
Ø CEK: WHS acts exactly like a standalone, non-domain joined, W2K3 server in regards to name resolution.

2. How many simultaneous remote users will WHS support?
Ø KW: Haven’t tried, probably no more than 10. There’s no explicit limitation in IIS, however
Ø CEK: No limit, other than the fact that no more than 10 users can be defined

3. Can I have more than 10 people all using a common login/password access WHS shared folders simultaneously
Ø KW: I don’t believe so; this is effectively Windows Server 2003 with 10 CALs
Ø CEK: Not quite an accurate answer. There is no technical limit on the number of concurrent connections

4. Will WHS Connector software work if a user logs onto his workstation with user name of ‘Administrator’?
Ø KW: Yes
Ø CEK: Sort-of. If the password for computer\Administrator is different than server\Administrator credentials will be required whenever you try to access server resources. We do not recommend this.

5. Will WHS work with a true NAS device for backups, or does it have to physically connected/installed on the WHS server?
Ø KW: No (to working with a NAS device)
Ø CEK: I’m not sure I understand the question. What is a “true NAS”? What does “physically connected” mean?
Ø CR: If the iSCSI NAS appears as a local drive on the server, which it should, then you can use it as if it were just another drive. (This may not be technically accurate, but it appears to be effectively so - if you can see the drive in diskmgmt.msc, it works correctly for WHS.)
Ø CEK: iSCSI != NAS NAS : http://en.wikipedia.org/wiki/Network-attached_storage - NAS uses file based protocols over the networking connection. SMB/CIFS or NFS typically.SAN: http://en.wikipedia.org/wiki/Storage_Area_Network - SANs use block based protocols over the networking connection. SCSI over storage specific connection, iSCSI over TCP/IP connections.All this crap is so confusing. So I like to be annoying and push people to use the standard terminology :-). However, in spirit you are right CR. If you were to enable WHS as an iSCSI Initiator and you had an iSCSI target lying around (say a W2K3 Server with an iSCSI target installed) you could use that storage "as a disk" in WHS. (See http://en.wikipedia.org/wiki/ISCSI for terms).Someday we may see USB/Ethernet HDDs come with iSCSI targets built in (e.g. at a price point competitive with USB HDDs). That would be cool, but it ain't happening for a while.
Ø CR: You are right, of course, most NAS are simply SMB/NFS. SANs are iSCSI or Fibre. During the beta, I used a huge EqualLogic SAN as a "drive" in WHS. Had PS3800XV with 16 15k SAS drives.
Ø JL: For Home Server's "storage pool" to work the underlying drive must be block level access such as a regular HDD or a USB/1394 connected drive. I think the Dev team only allows externally connected block level devices such as USB or Firewire. Since NAS devices use file level access it cannot be managed by the "storage pool" because NTFS cannot manage the blocks as required.
Ø CEK: The answer is, then, “no”. WHS only supports drives that are accessible via the block level which in practical terms today means PATA/IDE, SATA/eSATA, SCSI, 1394, and USB.

6. Does (or will) WHS support backing up Macs?
Ø SB: Teacher I know this one! Dual boot to a XP or Vista (Bootcamp for example...) Log into the home server..have it take an image backup of the entire system including the Mac partition. If you are a WHS PM after backing up that Mac via bootcamp via XP to WHS blow that Mac partition away. Restore the image. Amaze your friends with a fully working Mac backed up and restored from a WHS. It has to talk "Redmond" but it can back up "Cupertino".Ø EN: This is the ONLY option for Mac backup with WHS at this point. If you don’t have an Intel-based Mac, or if you don’t have Bootcamp configured to dual-boot the Mac, you will not be able to get your Mac backed up by the WHS backup tools. You can have a Windows environment running under Parallels or Fusion backed up to WHS, but those will not see any of the Mac disk to back up to WHS. So while the answer is technically “yes,” for the vast majority of folks out there, the practical answer is “no” right now.

7. When using Firefox browser for remote access, I see that it only gives me access to the shared folders, and not the shared computers. Are there any other limitations with specific browsers?
Ø KW: The Computers tab is only supported in Internet Explorer (use the IETab Firefox addin if you really want to use Firefox) There are some display limitations in non-IE browsers as well.
Ø CK: Any functionality that requires activeX controls is limited to IE6/IE7 (x86). On x64 machines the default IE is the x86 version so that is not a problem. The functionality that requires ActiveX controls is anything having to do with remote desktop which, specifically, is “access to the home server console” and “access to home computers”.

8. For a 2 person law firm, could we have WHS handle Quickbooks and Timeslips (using a single hard drive due to current issue with data corruption)
Ø SB: I would backup QB to the local drive. Never rely ONLY on the database on the server. QB is flaky enough all by itself. Always back up and park a copy someplace else. The 2008 version has a nice automatic routine. Always ensure that it's not backed up to the same device it's saving to. This is a rule of QB in general.
Ø KW: You would want a custom built WHS PC, not the HP MediaSmart Server, but I don’t see why not.Ø CK: The best experience will be had by buying an OEM Windows Home Server such as the HP MediaSmart Server. “build your own” is something we don’t discourage, but it is really only for hard core enthusiasts. There are sooooo many variables in hardware and so forth and our investment in setup was focused on enabling OEMs and System Builders, not end-users.
9. If WHS is backed up to external USB hard drives, could we restore that backup to different hardware (including a VM instance)?
Ø KW: If you mean “backed up” as in Power Pack 1 server backup, then I think so. It’s just files at that point. You can’t back up Windows Home Server data using traditional backup tools, however
Ø CK: Server Backup (in Power Pack 1) only backs up shared folders and the backup database. It does not back up server settings, add-ins, or the server OS. But you could certainly restore a Server Backup to another instance of WHS, even if that other instance was running in a VM (you’d just have to install that WHS instance first).

10. Does WHS support hot-swappable hard drives (assuming hardware supports it)?
Ø KW: Not in the sense I think you are probably looking for. WHS doesn’t care one way or the other, as long as the drive isn’t in the storage pool. If it’s in the pool, you can’t swap it without WHS complaining loudly
Ø CK: It is important to disambiguate between “hot-swap” (being able to replace a drive while it is actively in use) and “hot-plug” (being able to unplug/plug-in drives while the power is on). “hot-swap” really only applies to very high-end enterprise class storage systems. Windows Home Server supports (assuming the underlying hardware supports, and SATA does) “hot-plug”. You have to explicitly tell WHS you are removing the old drive (using Server Storage “Remove”) and then tell WHS you have added a new drive (using Server Storage “Add”).


Thanks for the feedback on adding mobile device management - this will be investigated.
Publicado por Microsoft el 07/01/2008 a las 13:38

Hello - We have decided that this issue is out of scope for version 1, but we'll investigate for a later version. Thank you for filing this issue.
Publicado por Microsoft el 10/01/2008 a las 16:57


If you are interested in joining the Windows®Essential Business Server Beta:

Please go to http://connect.microsoft.com,
Click on Invitations and sign in with your Windows Live ID (Passport ID).
Enter the following invite ID: EBSE-VKDP-276Y.
You will be asked to take a short survey.
Once you complete the survey we will evaluate your application for participation in the Techbeta.
Then look for an email from MsftConn@microsoft.com with further details. 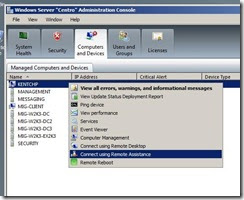 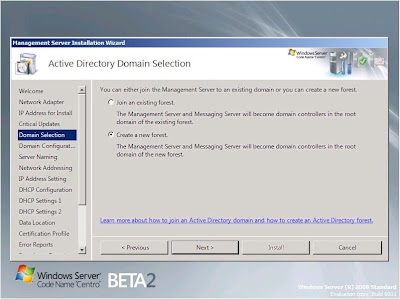 "When user profile hives do not unload you get a variety of problems including slow logoff (on Windows 2000), no reconciliation of roaming profiles, possible kernel memory exhaustion and a variety of error events logged in the application log. UPHClean helps this scenario"